How Stress Impacts the Immune System

1234Ever notice that you’re more likely to get sick during exam week, or when you have a big project due at work? Anecdotally, many people will say stress can affect their immune system. But what does science say? Is there reliable data to support the idea that stress increases your likelihood of getting sick?

In short, yes. Research demonstrates that stress does, indeed, have a tangible impact on the human immune system. In this article, we’ll delve deeper into this phenomenon. We’ll start with a brief overview of both the body’s stress response and the body’s immune response. Then we’ll explore how they interact. Finally, we’ll discuss some ways to protect your body from the negative effects of stress.

Any life circumstances that are difficult or challenging can cause stress. Some stressors are short term events, such as taking a test or giving a speech to an audience. Other stressors are chronic, such as living in poverty or caring for a sick relative.

RELATED: Here’s How Stress Is Affecting Your Sex Drive

When you experience an acute stressful event, such as taking a test, your body may activate its fight or flight response. This entails releasing the hormones epinephrine (also known as adrenaline), norepinephrine and cortisol. These hormones trigger changes such as elevated heart rate, rapid breathing and hyper-vigilance.

One particular hormone of concern is cortisol. Some scientists have labeled cortisol “the stress hormone.” Although cortisol performs essential functions in the body, too much cortisol can wreak havoc. Cortisol levels are not necessarily an accurate measure of how stressed someone is, but cortisol definitely plays a key role in the body’s stress response.

Here’s How the Immune System Works

When a pathogen enters the body, the immune system has several lines of defense to destroy that pathogen. The first responder on the scene will likely be a white blood cell. One type of white blood cell is the macrophage, which can swallow and digest entire bacteria. 5

Another type of white blood cell is the natural killer cell — the likely first line of defense against viruses. Viruses operate by hijacking our own cells and using them to reproduce. Natural killer cells can sense that a virus has hijacked a cell and will release toxic substances to kill that cell.1

The white blood cells are the first line of defense because they can fight the pathogen no matter what it is. Our bodies have also have a second line of defense that caters its response to a specific pathogen. In this second tier are the T-cells and the B-cells.1

The T-cells will identify cells infected by a specific virus—chicken pox, for example—and kill them. Meanwhile, B-cells produce proteins called antibodies that are tailored to destroy a specific pathogen, bacterial or viral. After you get the chicken pox you will forever have those chicken pox antibodies, ready to squash the virus if it ever invades again.

Relationship Between Stress and the Immune System

So how exactly does stress impact the biological mechanisms of immunity? Researchers are still searching for a precise answer to this question. However, we do know the following for certain:

Additionally, many other hormones, including oxytocin, melatonin, growth hormone and the sex hormones (testosterone and estrogen), may jump into play when the body is stressed. All these hormones have a known impact on the human immune system. 6

MORE: How to Balance Your Hormones Naturally

It is also possible that stress causes changes in behavior, which then lead to immune system decline. Sleep deprivation, for example, leads to a significant drop in white blood cell activity. 7

Can Stress Lower the Immune System?

Hundreds of studies have demonstrated that psychological stress can increase one’s chances of getting an infection, like the common cold or the flu.

For example, this 1984 study8 measured the activity of natural killer cells in medical students taking exams. Researchers drew blood from 75 medical students one month before their final examinations and on the first day of final examinations. They analyzed the blood samples and found significantly lower natural killer cell activity on the day of the exams.

Chronic stress has a demonstrated impact as well. This 2004 experiment9 examined people who were chronically stressed by caring for a spouse with dementia. The participants received a flu vaccine, which should stimulate the immune system. However, after receiving the vaccine, the chronically stressed individuals had significantly lower immune cell activity than a control group of participants who were not primary caretakers.

Why Does Stress Lower the Immune System?

There is also an evolutionary, biology-based theory that maintaining a strong immune system response during times of chronic stress may not be a good use of the body’s energy. For example, a group of early humans that is under stress because of a food shortage is better off putting their energy into finding food, not maintaining high immune activity.3

What Are the Signs of a Weak Immune System?

There is a medical condition called primary immunodeficiency, meaning the immune system is chronically weak. Symptoms of this condition are more frequent infections that endure for long periods and are more difficult to treat than in people with healthy immune systems.

If you find that you always (or almost always) get sick when under stress, this doesn’t necessarily mean you have primary immunodeficiency. Your immune activity should return to normal when the stressful event ends. However, chronic stress that keeps your immune activity low could lead to other health problems.

There is some evidence that stress-induced immune weakness can increase the likelihood of developing certain autoimmune diseases. For example, this study10 found that children who experienced a stressful life event had a significantly higher chance of being diagnosed with Type 1 diabetes, an autoimmune condition. Other research has found potential links between negative life events and Graves disease and rheumatoid arthritis.11

How to Boost the Immune System

What if you’re dealing with a stressful situation, and you want to avoid getting sick? Try using one of the following immunity boosters:

Made from the inner bark of cinnamomum trees, cinnamon is a spice that is loaded with antioxidants called polyphenols14. These antioxidants have anti-inflammatory properties and can also lower blood sugar levels and reduce heart disease factors.

This “friendly bacteria” has been used as a probiotic to aid in digestion and exists naturally in our bodies. By helping to maintain an acidic environment in the body, lactobacillus prevents the growth of harmful bacteria15.

Lactobacillus acidophilus is one of the most common types of probiotics and can be found in yogurts, fermented foods and supplements.

Turmeric, also known as the “golden spice” is made up of key compounds called curcuminoids. Curcumin is the most active ingredient is turmeric and is also the most significant due to its anti-inflammatory effects and antioxidant properties.

Of course, the most logical way to avoid infection due to stress is to reduce your stress level. But how?

This meta-analysis16 found that mindfulness-based stress reduction was effective for a broad range of people coping with different life events. The authors define mindfulness as, “dispassionate, non-evaluative and sustained moment-to-moment awareness of perceptible mental states and processes.” You can achieve such a state of awareness through guided meditation.

IN-DEPTH: What Are the Effects of High Cortisol Levels?

Multiple studies17 have also found that yoga can be an effective form of stress reduction. Yoga is related to mindfulness in that it involves a combination of prescribed body postures, focused breathing and meditation.

If yoga is not for you, any kind of aerobic exercise can potentially be used as a stress management tool. Many studies have found that people who exercise regularly tend to report better overall mental health. Some studies have also found that exercise has an anti-anxiety effect. Although stress and anxiety are not exactly the same, there is a theory that exercise could help neutralize the fight or flight response, which can come into play during both stress and anxiety.18 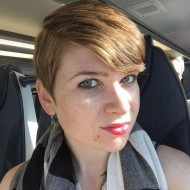