Here’s What Intermittent Fasting Is Doing to Your Sex Drive

But could it affect your actual sexiness?

It’s not clear whether intermittent fasting directly impacts sex drive or performance (in men or women), but we do know that I.F. can affect the workings of your hormones. We also know that hormones are what drives sexual desire.

GET STARTED: How to Begin and Succeed With Intermittent Fasting

So it’s fair to speculate that time-restricted eating might affect your libido. Here’s what we know.

How Does Intermittent Fasting Affect Your Hormones?

When it comes to improving the hormones that directly influence your hunger and metabolism, intermittent fasting shines. We know that I.F. can be a valuable tool for combating blood sugar problems. It  has been shown to decrease insulin resistance1, which lower diabetes risk and enhances2 metabolism — but it may alter more than just those functions.

Fasting is also linked to lower levels of ghrelin, often called the hunger hormone. Ghrelin is released from the stomach and tells the brain when it’s time to eat. Less ghrelin means less hunger, which might also mean less sex.

In the study3, the researchers show that when mice receive a supplement of ghrelin, they increase their sexual activity and their efforts to find a partner. The effect is confirmed in a follow-up experiment, where mice that received a ghrelin inhibitor exhibited decreased sexual activity.

No study of this kind has been conducted in humans, but it’s an interesting starting point for further research.

One Mark’s Daily Apple user who experienced a serious lack of libido during multiple bouts of intermittent fasting testifies to the ghrelin/libido effect:

“I’m no scientist, but it seems obvious to me that if ghrelin is the hunger hormone and is directly linked to libido … and fasting almost completely gets rid of hunger, then it makes sense that by doing daily fasting and removing hunger that you are also lowering your libido at the same time.”

Additionally, research suggests that intermittent fasting can mess with your testosterone levels — a key driver in the desire to have sex. One study4 found that a short fasting period decreased the function of Leydig cells in men’s testes. Another study5 of men who fasted during the month of Ramadan found that fasting might be associated with a decrease in sexual desire, but not necessarily with a decrease in testosterone.

Fasting can also increase cortisol levels6, which in turn can possibly rob you of your sexual arousal and desire7.

A couple of Reddit users report an increase in sex drive while on an intermittent fasting protocol, but there are mixed reviews. One user says, “I’ve never noticed a difference [in my sex drive] as long as I kept my calories up during my eating window. I think the problem comes … if the body isn’t getting the energy it’s asking for.”

However, there is research that suggests calorie restriction itself boosts sexual quality of life.

Intermittent fasting affects all the same hormones in women as it does in men (ghrelin, leptin, insulin, testosterone, cortisol, thyroid hormones) and then some: Women’s levels of estrogen and progesterone can also be altered by fasting.

HEALTHY WOMEN: Why All Women Should Know About These 12 Supplements

Women tend to be more sensitive to intermittent fasting due in part to something called kisspeptin8—a hormone that stimulates the release of several other important hormones, such as luteinizing hormone (LH) and follicle-stimulating hormone (FSH). LH and FSH then act on the ovaries and trigger the production of estrogen and progesterone.

Women tend to have more kisspeptin than men, and research suggests that kisspeptin creates a greater sensitivity to things like fasting.

This can cause women who try intermittent fasting to miss their period, throw off their cycle, or just make them feel hormonally unbalanced overall. This could also, in theory, affect libido and even fertility, but more research is needed.

How Do Hormones Affect Your Sex Drive?

We know that several hormones can make or break a person’s libido. Most often, it’s probably a combination of hormone imbalances and lifestyle factors such as workload and stress that contribute to a lackluster sex life.

There’s cortisol, which raises due to stress that is real, imagined, physical or otherwise. Cortisol levels that are too high leave people feeling tired, tense, overwhelmed and, quite frankly, not in the mood to have sex.

LIBIDO RECHARGE: Spice Up Your Love Life With These 19 Nutrients

An estrogen imbalance can cause moodiness and wacky menstrual cycles in women. It can also contribute to migraines, breast tenderness, bloating and weight gain, all of which can affect a woman’s desire to engage in sexual activity.

Thyroid issues can lead to fatigue, mood problems, weight gain, headaches, chronic coldness and constipation. When your thyroid gland is underperforming, you tend to feel “flat” in most areas of life, including sexuality.

Testosterone that is too high or too low (in both men and women) is one of the most common culprits behind low libido. Imbalanced testosterone also contributes to anxiety or depression, fatigue, loss of confidence, poor muscular response to exercise, irregular menstruation in women and infertility.

It would make sense to conclude that intermittent fasting affects libido, especially when many of the same hormones that affect metabolism also affect a person’s sex drive.

It also seems to make sense from an evolutionary perspective. When fasting, the human body naturally kicks into place all sorts of mechanisms that help preserve energy.

FIX DEFICIENCIES: Everyone Who Fasts Should Know About These 25 Supplements

It assumes that food isn’t widely available, so nonessential instincts — like reproduction — are hindered. These are the same mechanisms that cause a thinner body to burn less calories9 than a heavier body during the same activity.

Registered dietitian Vanessa Rissetto says that the type or structure of an intermittent fasting protocol might be more of an influence on libido than the hormonal aspect.

“If someone eats their last meal at 8 p.m. and it’s 1,000 calories worth of food or more, they probably aren’t going to want to have sex at night before bed… They are just going to want to sleep,” Rissetto says.

Additionally, what a person eats during their feeding periods is likely to influence their sexual behaviors, Rissetto says.

“Too many people take [fasting] as an excuse to eat harmful amounts of junk food because they’re only eating within a specific window,” Rissetto says. “But it doesn’t matter if you eat 60 grams of sugar over 12 hours or over 4 hours—it’s still 60 grams of sugar, and that’s harmful to pretty much every aspect of your physiology.”

Eating too much processed food usually means you’re not getting the essential nutrients, vitamins and minerals you need to support an energetic and happy lifestyle. Even minor nutrient deficiencies are associated with fatigue, headaches, mood swings and other symptoms, which might affect a person’s desire to have sex.

There are really too many contributing factors to determine whether intermittent fasting is a major influence on libido, Rissetto says.

As with every dietary protocol, you can experiment with intermittent fasting to find out if it works for you. If you find your libido tanking, you can make adjustments or stop fasting altogether. But if you find yourself reaping the metabolic benefits and a more vigorous sex drive, well, congrats and keep at it. 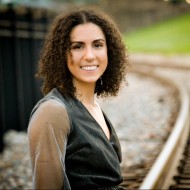