How Not Exercising Affects Your Sex Drive

Almost every individual knows exercise is good for them. They know physical activity can help make them healthier, allow them to lose weight and feel better about themselves. They know it can boost their moods and help them to live longer. In spite of this knowledge, many are constantly battling with themselves over the idea of exercising.

If this is the case for you, would it change your outlook any to consider the ways in which not exercising can affect another part of your life, such as your sex drive?

Both men and women struggle with different types of sexual dysfunction. Some of these issues are commonly discussed and have a number of options offered for their treatment. One of these for men is erectile dysfunction or ED. Although most people understand ED to be a common issue associated with age, the prevalence of this dysfunction in younger men is becoming higher and higher1. In addition, men also deal with other issues of sexual dysfunction, including low testosterone levels, ejaculation problems and a loss of sexual desire or interest in sex.

The National Library of Medicine explains that women can experience similar sexual issues such as a lack of desire, an inability to achieve orgasm or experience inadequate sexual arousal. For some women, intercourse can even be painful.

START TODAY: This 7-Day Walking Routine Will Have You Burning Fat Like a Maniac

Though some are more well-known than others, all of these issues can be common problems with sexual function that can affect one’s sex life. The prevalence of sexual function in both men and women’s sex lives has been studied, but as evidenced in more recent findings, further research is likely needed to let us know exactly how common any of these issues are2 3.

Is Exercise Really the Answer?

While sex isn’t the only important aspect of one’s day-to-day life, sexual activities have been established as beneficial to the lives of most individuals. Sex is good for heart health, it can minimize stress and it may even help to boost immunity4. In addition, people often gain positive feelings from an increased sex drive and from frequent sexual activities, whether they are sharing these with one or multiple partners or acting on them alone. No matter what the situation, sex can be a very good thing for both the body and the mind.

But for those struggling with sexual dysfunction, is physical activity really the simple solution it seems to be? One thing’s for certain. Though it’s still important to talk to a medical professional about issues of sexual dysfunction, the decision to hit the gym is never a bad one. And as exercise increases, sexual desire and drive generally does tend to increase as well. Here’s why.

Men experience a number of benefits from exercising that can affect their sexual performance. For one, testosterone peaks as a result of strength training5, which is a workout type that is healthy for the overall body. Still, when someone exercises frequently, it is more likely that this kind of strength training will be easier and won’t cause problems for the individual. Someone who doesn’t exercise frequently won’t be as likely to gain these benefits, plus they will be more likely to get hurt if they try to suddenly go all in with their workout.

Not only this, but physical activity can actually help to stave off ED6. Men who don’t exercise generally have a higher risk of experiencing this issue, which can naturally lead to other sexual dysfunctions as well as a lower sex drive.

Kegel exercises for women have been found to lead to an increase in arousal in women (but also in men). These simple exercises can also increase sex drive and orgasms. The NLM describes exactly how to do your kegels as well as how to make sure you’re doing them right.

In addition, many women experience decreased arousal as a result of taking antidepressants. A study conducted at the University of Texas, however, found that exercising directly before sex increases blood flow to the genitals and leads to increased arousal7.

Even more importantly than how exercise affects the specific function of one’s genitals is how it affects the rest of the body. For example, exercise causes the release of endorphins, just like having sex does. The more your body is experiencing the release of these endorphins and getting used to the feeling as it comes from physical activity, the easier it will be to achieve it again. In short, exercising regularly can actually help later when you’re trying to achieve an orgasm!

Regular exercise also makes the body healthier. It increases blood flow throughout the body, gives a person more energy and makes it easier to perform in the bedroom. One has more options for how they want to have sex because the body will become more limber and capable of more positions with regular exercise. One also has greater physical stamina as the result of regular exercise, which can translate to better sex as well. The body simply can do more when it is regularly worked out, allowing sex to become easier and more fun.

Finally, exercising can allow people to feel sexier as well as better about themselves. In fact, studies have found that people who exercise feel more desirable than those who do not. As such, those who exercise tend to simply feel sexy because they are engaging in regular physical activity. This same effect shapes one’s body image. Those who have a healthier body image are more likely to feel sexy and engage in sexual activity. If it seems like a cyclical effect, it should! Sexual drive and physical activity go hand in hand.

Does Not Exercising Affect Your Sex Drive?

As exercising has a number of benefits that can affect your sex drive, so too does not exercising cause problems for your sex drive. Failing to exercise regularly can make a person feel less sexy, less satisfied with the way they look and feel, and less likely to want to engage in any physical activity, including sex. In addition, it can make it physically harder to have sex, as there is no other activity of a similar, physical nature going on in their life.

RELATED: Here’s What Intermittent Fasting Is Doing to Your Sex Drive

Harvard Medical School agrees that regular exercise boosts energy and can help increase one’s sex drive. But the activity doesn’t have to be intense—and shouldn’t be, especially if you are just starting out in a new exercise routine. Even low intensity exercise can work wonders for the body, mind and sex drive, and over time, you can begin to increase your activity or intensity as you feel it is right for you.

When it comes to exercise, though, there is another truth we must remember. Yes, it helps keep your body and your mind healthy, but it also keeps you feeling confident. It is important to stay physically active, if for no other reason than to feel yourself when you look in the mirror—and when you turn out the lights. 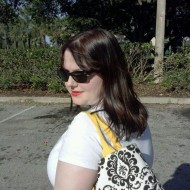 Julia Tilford is a freelance writer who has been writing on the backs of napkins since she was young. You can follow her on Twitter (@rainingandawake), Instagram (@rainingandawakes) and Tumblr (juliatilford.tumblr.com).